By markloveJanuary 21, 2014Publications
No Comments 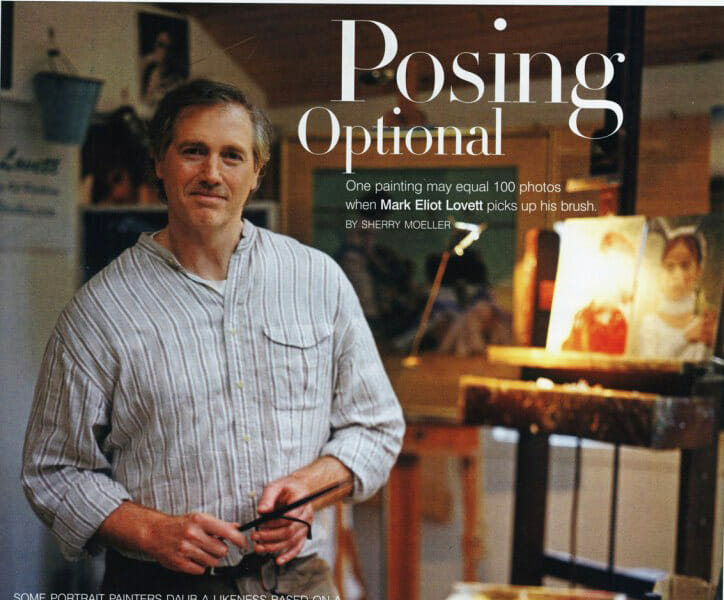 Article about Mark Lovett and his oil painting featured in Capital File Magazine.

SOME PORTRAIT PAINTERS DAUB A LIKENESS BASED ON A single photograph, but Mark Eliot Lovett, whose work is shown throughout the US, is not among them. To begin most projects, Lovett often takes multiple photographs, manipulating them until he has the perfect composition for a portrait. In fact, he may sort through up to 100 images before finding the one’s that inspire him.

“An image has to move me emotionally in order to paint it, or why bother?” he says. It may be a moment in time, an elegant frame, or mysterious eyes that draw him in initially, but the clincher is a sustained reaction. “A great image will make me pause and focus intently. And a subject who wants to pose for a portrait should be prepared to sit still for 30 minutes at a time.”

While Lovett derives great satisfaction from the creative process, he finds his true reward in a client’s response to his artwork. “When people love a portrait, I can tell by their body language. They’ll look at it for a long time,” he says. ” Recently a father had tears well up in his eyes when I presented him with a portrait of his daughter. That’s what it’s all about for me.” 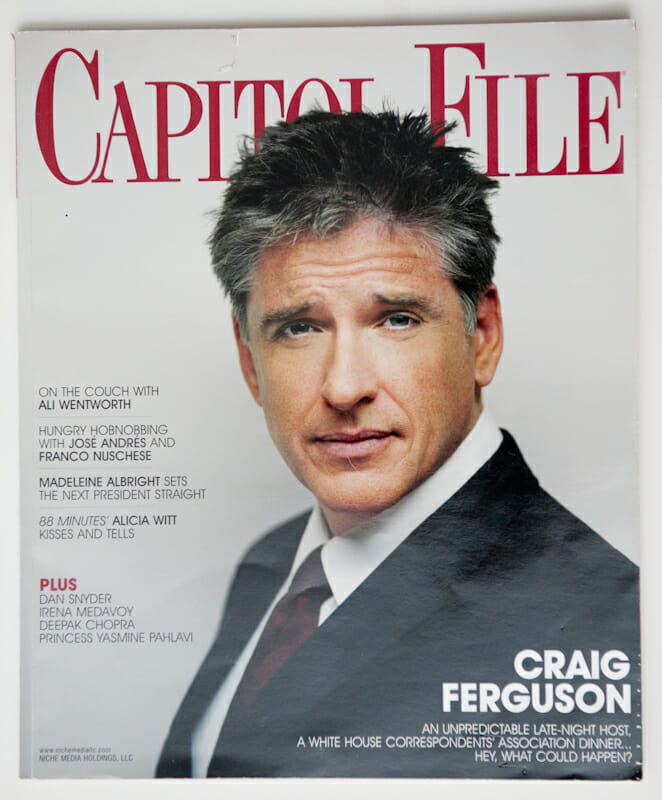 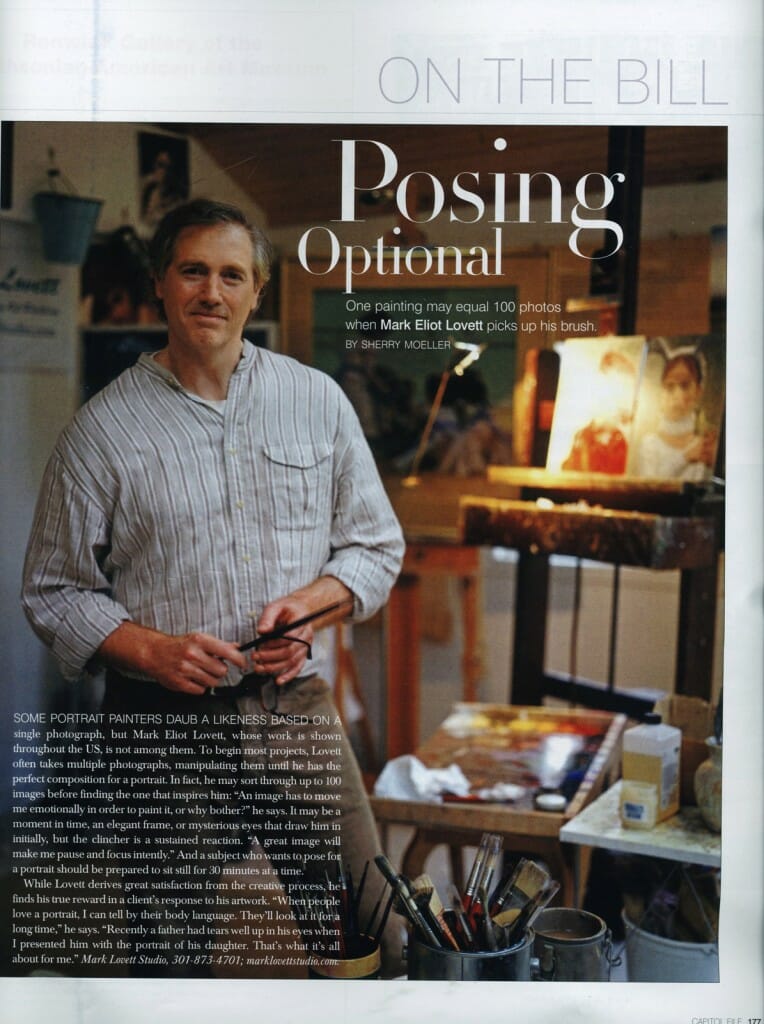 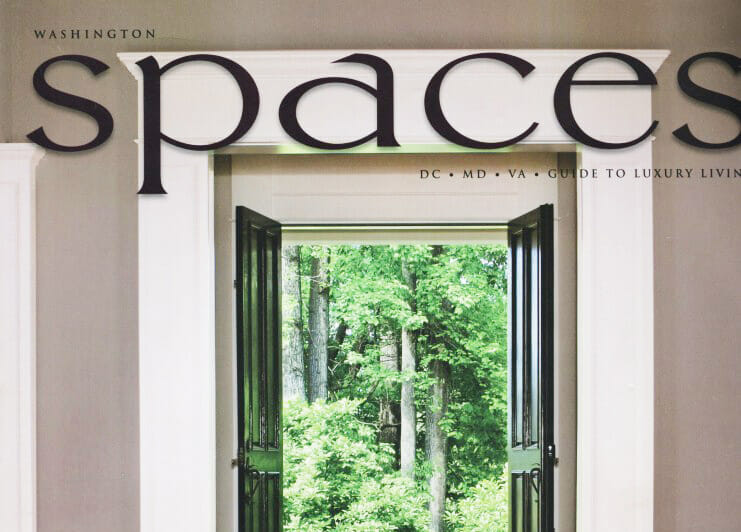 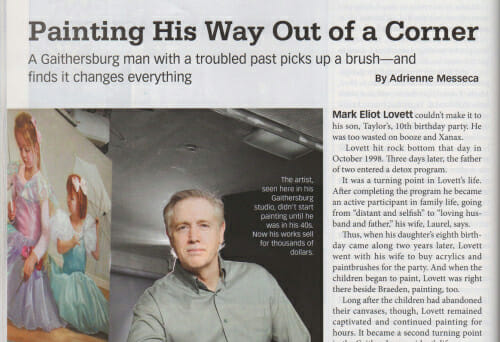 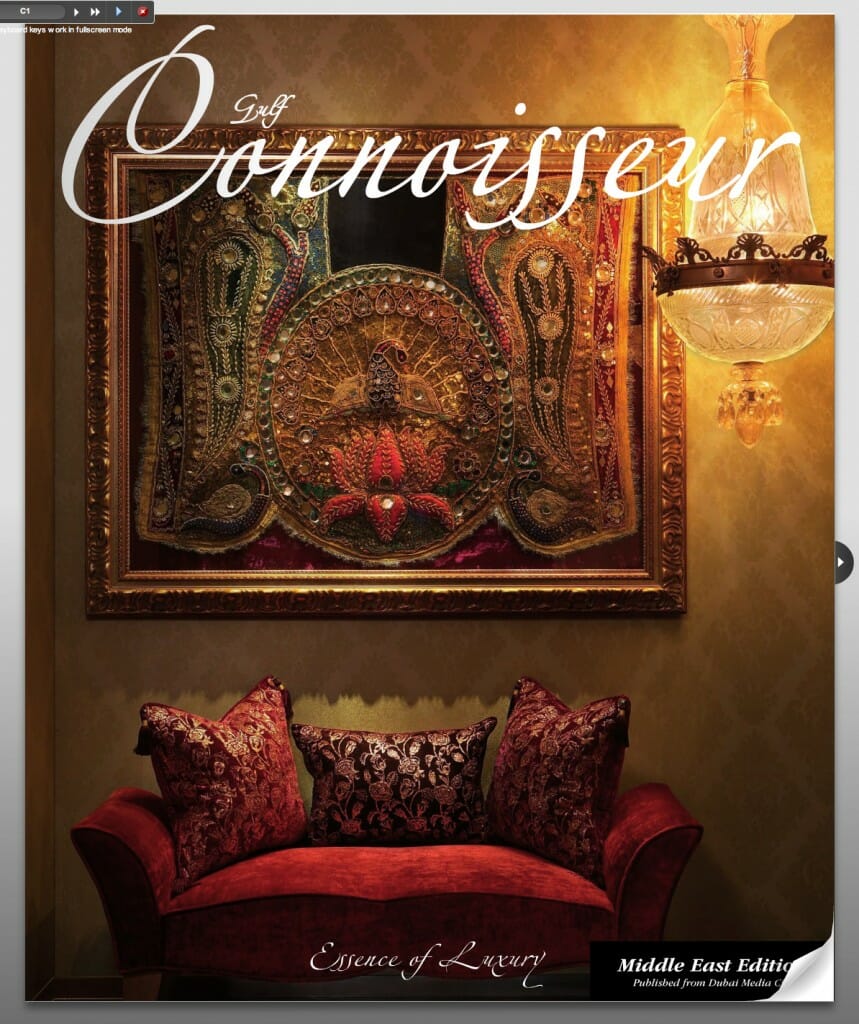